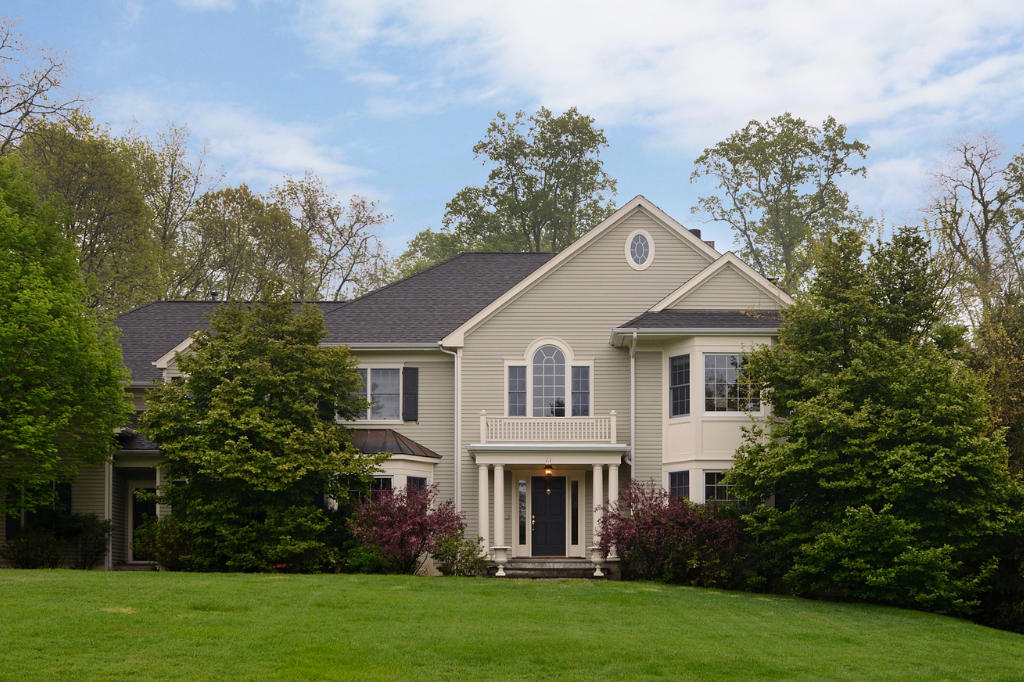 Steve and Christine followed a journey common to young families during the pandemic. Dwelling on the Upper West Side of Manhattan with their two young children when the Covid crisis hit, they sought refuge with Christine’s parents in Nassau County on Long Island. They intended to stay for just a few weeks while they searched for a home in Westchester County.

It was a hectic time, and they knew the market was crazy, but Christine was seven months pregnant. About to become a family of five, they needed an exit strategy.

It was at an open house in Rye where they first met Fiona. Recalls Steven, “Fiona asked all the right questions. She helped us set our real estate goals in terms of size, location, and layout. She took time to weed out what we didn’t want and to see what was available. Then, she toured several homes with us. Some weren’t right but it helped us explore what was out there and narrow our choices.”

Fiona’s extensive broker network was instrumental in facilitating their search during a time when brokers were reluctant to hold open houses. Through her many contacts, Fiona planned home tours around their day trips from Long Island during a window of time that accommodated the schedule of Steve and Christine’s young children.

What they really appreciated about working with Fiona was how she put them at ease. Says Steven, “So many brokers were pushy; they were telling us ‘you need to put in a bid today.’ Fiona reassured us that we had time. She helped us navigate a crazy fast market while helping us to see what we liked and narrow our choices. Fiona kept us calm.”

Fiona worked with the couple to look at the footprint of the house relative to their growing family. She secured a home inspection, gathered comparable home pricing and helped them put in an offer on the house. With Christine’s pregnancy nearing the end, Fiona worked quickly behind the scenes to expedite the negotiation. “Fiona guided us through the entire process,” says Christine. “She navigated us through until we had an accepted bid. 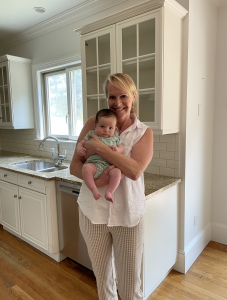 The birth of their baby came before they closed on the home, and they signed the contract while in the hospital. Eighteen months after they went to stay with Christine’s parents in Nassau County, they moved into their new home in the town of Purchase.

When asked if they would recommend working with Fiona, Steven said absolutely and “without reservation.”

“Fiona’s experience and vision really helped us make an informed decision. We recommend her because she wasn’t overbearing. She facilitates and guides without being aggressive. We felt like we were drowning in a fast-moving market, but she helped us tread water. She made a difficult process a smooth transition.” 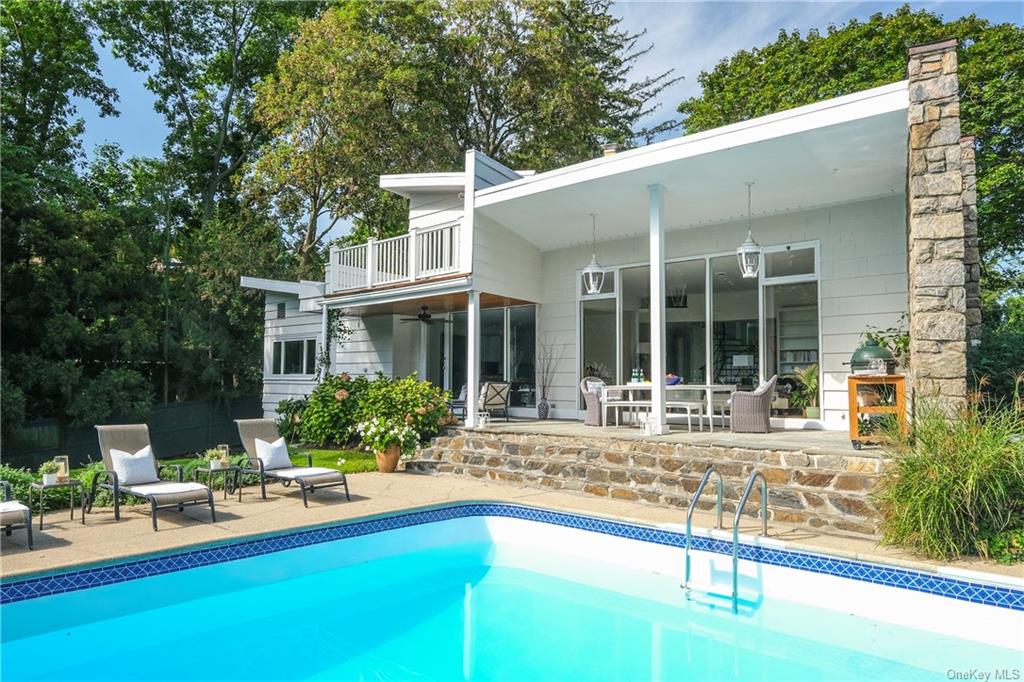 Eadie and Albert Brunner were Rye residents for almost 30 years when they decided to put their home on the market. They planned to relocate south to Charleston, South Carolina, prompted by Albert retiring from his position managing Manursing Island Club on Rye’s Sound Shore.

When it came to hiring a real estate agent the couple didn’t consider hiring anyone other than Fiona. They knew her through their children being friends and from her stellar reputation in the Rye real estate community.

“When I saw a photo of her fixing a window and watering flowers at her clients’ homes on social media, I was so impressed with her attention to detail. I thought it was brilliant,” explained Eadie.

They met Fiona in June 2021 at their home to discuss listing their property. At the time, their three children had all moved home due to the pandemic and the combined contents of their separate apartments were now taking up space in their home.

“Fiona had a vision. She saw through the clutter and could tell it was a great space despite the chaos. She recommended organizers that we could hire and days later she came to help with the cleanup. It was so helpful to have her take point because it was an emotional process for us.”

What really stood out to them was the solid team of trusted professionals in Fiona’s network and how she worked with them on the couple’s behalf. The preparation took time, but Fiona kept the couple calm and positive during the process. “She helped us to see the end result. Fiona arranged for us to have help with cleaning, minor updates and repairs, and staging it to make it buyer-ready.”

The ongoing pandemic and dynamic housing market concerned Eadie and Albert, who were afraid they missed the peak season. Yet Fiona’s supportive approach assured them that there were plenty of buyers still out there. They were thrilled to see the home receive an accepted offer in 24 hours, and go into contract in 72 hours.

“All the stress was alleviated in that sale. Fiona is very dedicated to her job and her team is fantastic. They communicated so well and that made it seamless for us. I would 100% recommend Fiona to others.” Peter and his wife Annie began planning to relocate across the border from Toronto to New York in spring 2021. They were considering Westchester County but had no idea where to look. Purchasing a home remotely during a pandemic was a challenge, but they could tell from the start that Fiona, who was recommended to the couple by a colleague, was a great fit. They knew immediately she was uniquely familiar with the local market and it was clear from the start that their expectations would align with hers.

“We interviewed other brokers but picked Fiona,” explains Peter. “What’s important is that we needed someone who we felt was looking out for our best interests. We felt she’d be honest with us and push back when needed. We liked her approach — she came armed with hard data, which helped us set realistic parameters that would allow us to reach our goals.”

What struck Peter as unique was Fiona’s choice to have their first meeting at her own home, which they found very personal. She had lined up six homes to show them, and spent the better part of the day touring the couple through Rye — it’s schools, downtown areas, clubs and neighborhoods. Says Peter, “I’d never had a real estate agent do that for me before. That made us feel we made the right choice with Fiona, and right choice in Rye.”

Because Annie and Peter were spending their time in Maine, Fiona had to be innovative in showing them properties and making the most of their time in a market where houses were selling within days of hitting the market. Using video chat, Fiona walked them virtually through every inch of potential homes,  highlighting features she felt would meet their needs or be out of step with what they were looking for.

“The entire process couldn’t have been more efficient,” notes Peter. “Fiona’s connections saved us time. She knew what was coming on the market and was able to interpret the situation: what the inventory was, what the pricing might be, how fast it would go.”

Peter and Annie closed on their new home in Rye in July, 2021 and love their new community. “Fiona went above and beyond, exceeding our expectations. We absolutely achieved our real estate goals,” says Peter.